Classical guitar repertoire has a tradition of a few hundred years, including music written for the lute and the vihuela. An intermediate guitarist develops a well-rounded repertoire by choosing pieces from many periods from Renaissance to Modern. He or she may have a preference for a particular composer or period but generally, a player is expected to be broad-based in their choice of music.

Renaissance is the period in history of roughly two hundred years of the fifteenth and sixteenth centuries. Spanish composers of the vihuela like Luys Milan, Alonso Mudarra, and Luis de Narvaez ruled the roost in mainland Europe. In Elizabethan England of Shakespeare’s time, John Dowland was the king of the lute, both as player and composer. Other English composers we still play from that era include William Byrd, Robert Johnson, and Francis Cutting.

Repertoire suggestions for the intermediate guitarist from the Renaissance period:

The approximate period between 1600 and 1750 is the Baroque era with its 5-course guitar, a precursor to the modern version. The composers whose works we still play from this period are mainly Robert de Visee, Gaspar Sanz and Santiago de Murcia. Transcriptions from the great J.S.Bach’s cello and lute works also come from this period as also the lute compositions of Sylvius Leopold Weiss.

Repertoire suggestions for the intermediate guitarist from the Baroque period:

Repertoire suggestions for the intermediate guitarist from the Classical period:

Fernando Sor: Variations on a theme of Mozart | YouTube | Score

The early twentieth century brings us the music of the father of the modern guitar, Francisco Tarrega as also the transcriptions from Isaac Albeniz’s works. Miguel Llobet and Emilio Pujol, pupils of Tarrega, became famous in their own right with their compositions. The talented Paraguayan guitarist and composer Agustin Barrios belongs to this period. Thanks to their efforts and others like Heitor Villa-Lobos, Manuel Ponce, Castelnuovo Tedesco, Enrique Granados, and Moreno Torroba, the repertoire for the classical guitar expanded considerably after a lull in the mid-1800s.

Repertoire suggestions for the intermediate guitarist from the Early 20th century:

Music written after the second half of the 20th century till today is classified as Modern. For the classical guitar, it started with the famous work of Nocturnal by Benjamin Britten. Many talented composers have taken the guitar forward by giving it a rich repertoire including Antonio Lauro, Roland Dyens, Toru Takemitsu, Leo Brouwer, Sergio Assad and Andrew York.

Repertoire suggestions for the intermediate guitarist from the Modern period:

Once a student of the classical guitar gets basic technique under control, he or she becomes consciously aware of the tone their instrument is putting out. Breaking into the early intermediate level,... 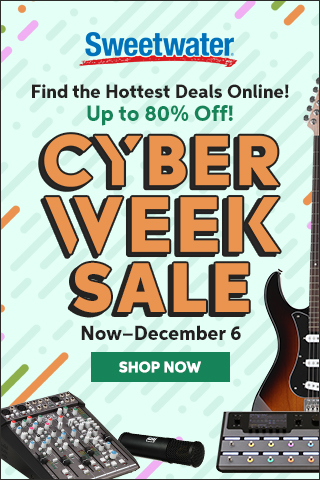